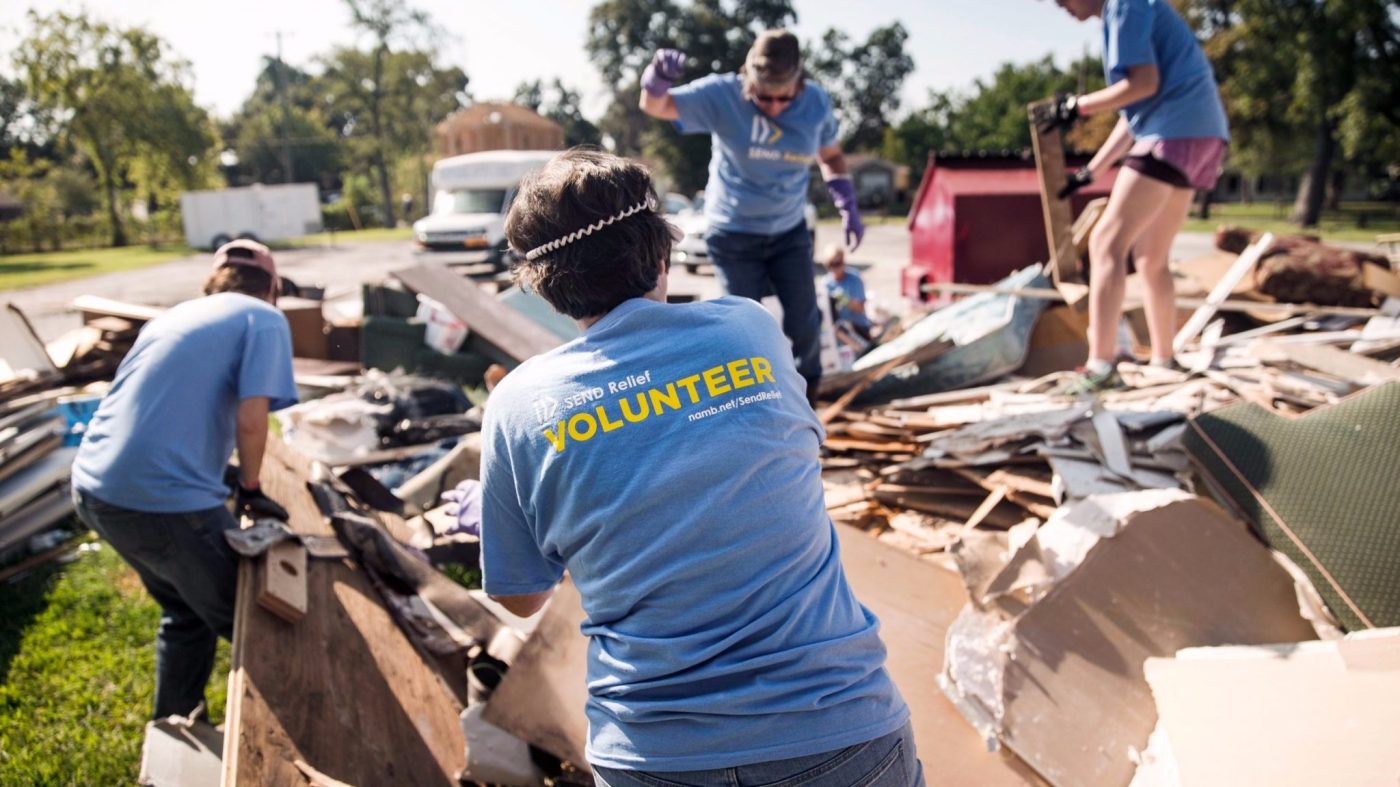 This was the second time I had been part of a relief mission after a storm. The first was over half a lifetime ago. I had just finished my junior year of high school and received an invitation to participate in some cleanup and restoration work in the southern tip of Florida.  There, a community had been hit by a fairly powerful hurricane, nearly a year prior, and crews were still being dispatched to help with the ongoing efforts. I don’t remember any of my youth leaders discussing what to expect, and maybe they didn’t even know.  However, I’m sure I carried in my own expectations based on the values and messages I’d picked up along the way about what it meant to help.

There is a lot I could say about our experiences, however, one stands out in my mind.  We had been informed that we would be helping in a neighborhood that was being restored and that we would be assisting by painting a house.  About ten of us, all white middle-class teens, were dropped off at a small home in a Latino community. The home appeared to have been there way before the storm.  It was made of concrete block with all concrete floors and open windows (no glass). As we scurried to begin our assignment, I noticed family members wandering around, as if strangers in their own home.  I had been conditioned to think that the family would be “grateful” for our help, but here we were and it all felt awkward. We were quickly loaded up with paint cans and began painting the exterior of the house.  My friends seemed unphased as they were eager to get started. Like most teens in similar situations, their focus was on each other. So, they began painting the house, painting one another, and basically goofing off.  This time, however, I was in my own zone, walking around bewildered at what was happening. I then wandered in the living room and came face to face with the Matriarca (mother). We locked eyes for what seemed like an extended period of time and a deep shame and sadness came over me.

In that moment I realized that the issue at hand was not a storm, but chronic poverty and injustice, and the remedy was not a few gallons of paint. In fact, I didn’t have the words to put to it, but I realized that we were somehow contributing to the problem.

Did anyone ask this family what they really needed?  Was anyone’s dignity considered in this process? Why did a group of kids from Ohio need to come to Florida to do what the residents had the capability to do, and probably much better?  Was this really about them….or about us?

Please don’t misinterpret my statements to suggest that service doesn’t matter or that “people should just take care of themselves.”  Quite the contrary. It’s an honor and a responsibility to come alongside people in need, both near and far. Rather, I’m suggesting that HOW we serve matters. This includes the actions we take and the position of our hearts.

Nearly three weeks ago our Dayton community suffered devastating storms.  Many of us have already had the opportunity to serve our neighbors and will continue to have opportunities to serve over a long period of recovery. As we do, I offer up a couple principles to help guide our actions.

Listen first and don’t assume to know what others need. Listening includes giving up preconceived notions of what people may need, asking how you can be of assistance and paying attention to the material, as well as the psychological and spiritual needs of others.

Respect and defer to local leadership.  Outside relief can be a huge asset because of the manpower needed to mobilize and resource such efforts. However, all relief and recovery  efforts should be accountable to, and in lockstep partnership with, indigenous leaders inside neighborhoods impacted.

Lastly, do WITH instead of TO or FOR others. Tragedy can break down neighborhood and other invisible barriers that divide us.  As we do, let’s not miss the opportunity to cultivate new friendships that extend beyond the needs of today to the gift we have of each other.